A gift economy cycle requires us to get to know those with whom we are in relationships more thoroughly in order to better understand their needs and to offer the most suitable gift. During this period of a global pandemic in which we all experienced unusual difficulties, a topic that was discussed just as much as health was the economy. There were a multitude of opinions about each topic, some on opposite sides of the various ideological spectrums. However, one common thread shared by both extremes was a concern for a system that seemed to be on the brink of collapse: the healthcare system, and the economic system. Just as there exists outside of the conventional healthcare system a more multidimensional wholistic health model, there too exists outside of the apparent economic system a more multidimensional economy amidst people.

In our society, the economic system that we are most familiar with is the market economy. In a market economy, prices are set based upon demand and production costs, and there is freedom of choice for buying, selling, and producing products and services. Except for regulatory agencies set up by the government to ensure safe and fair-trade activities, there is limited government involvement in decision making. Competition is a driving point for the success and efficiency of businesses, and successful businesses have the choice of cooperating. Despite the assertion that sales are impacted by demand, demand is impacted by advertising. To an extent, what we perceive as needs are actually shaped by the market. The concept of ‘’self-interest,’’ plays a significant role in a successful market economy model. Other than a few local and small businesses that add value to society through their concern for quality craftsmanship and creativity, most businesses in this type of economy are simply concerned with their own profits and success. Eighteenth century pioneer economist and philosopher Adam Smith said, ‘’It is not from the benevolence of the butcher, the brewer, or the baker that we expect our dinner, but from their regard to their own self-interest.’’

In contrast to a market economy, in a gift economy there is no buying and selling of products and services. Even when there are expectations, it is not expressed, and goods or services may be reciprocated at a later time rather than immediately. A reciprocation can be in the form of a product for a service or vice versa and not necessarily in the same form initially given. Values are not measured in the same way as they are in a market economy; the value depends on those partaking in the gift economy cycle and at times it requires a level of generosity. A gift economy fosters a system of social ties and obligations.

In his observational studies involving archaic societies, anthropologist-sociologist Marcel Mauss asserted that the contemporary notion of a ‘’free gift’’ is controversial, and that there is always an expectation underlying the act of giving, whether in material or immaterial form. Mauss observed a constant and necessary reciprocal gift-giving pattern between the members of archaic, non-monetary societies. As a driving force for this phenomenon of gift giving in archaic societies, Mauss mentioned acquiring essential needs, gaining status by displaying wealth and generosity, and spiritual/religious reasons, amongst others. Also, gift giving serves as a symbolic initiation into new official relationships, such as marriage or agreements between leaders. In a similar fashion, gifts are given and expected during different transitional periods in life (such as graduation, marriage and parenthood) in modern societies. In summary, according to Mauss, even in our modern monetary societies, a gift is theoretically given freely and yet it is not independent of self-interest. Even if an expectation is not expressed openly, there are still subconscious expectations present.

From a psychological perspective, presuming that ‘’self-interest’’ is always embedded in greed, pride, or pure selfishness and that every giver has the same motive in giving would be inaccurate. In his article, The Culture of Gift Giving from Folkloric and Anthropological Perspectives and its Place in Turkish Culture, Prof. Dr. Mahmut Tezcan mentions six functions for gift giving of which two are developing relationships, and increasing solidarity and cooperation. Even if a result of giving is the attainment of self-gratification, altruistic giving requires caring for others. Caring for others is a deep instinctive emotion.

In his same work, Prof. Dr. Mahmut Tezcan says, ‘’Despite all the changes, the reciprocal element in mutual gift giving has remained the same. Another matter worth mentioning is that the opportunities for gift exchange has increased in our modern day.’’ Presumably, the reason for the aforementioned increase is the prevalence of commercial holidays in our consumerist age. Many of us visualize ‘’gifts’’ as ready brand-name products that are given to family and friends on special occasions such as New Year’s, birthdays, Father’s/Mother’s/Valentine’s Day. However, a gift does not have to be factory-made items you buy in a store, it may also be an act of service, a personal item, or a handmade gift.

Since gift exchange in our society does not serve the purpose of helping us acquire essential goods, its purely cultural and commercialized form is more of a personal choice. For this reason, there is no guarantee of reciprocation when giving, in contrast to archaic societies in which a gift economy is the norm and giving is almost always reciprocated. Therefore, in our modern gift economy model, making the first step requires trust as well as the acceptance that our initial act of giving may not be reciprocated.

A gift is a thing given willingly without the expectation of payment. Given this understanding, it makes sense why it is sometimes used to mean a talent, or a natural ability. Similarly, the word ‘’hiba’’ in Arabic means, gift, especially one that is given from the heart. While the Arabic word ‘’mawhiba,’’ which is etymologically related to the word “hiba,” means talent. We can glean from these words and how they are used conventionally, that talents are gifts that have been bestowed. Our job is to discover these gifts, strengthen them, and to use them for good. Just as talents vary from person to person, for a quality to be considered a talent as well as valuable for society, one does not have to be an incredible painter or a genius in mathematics. Being able to prepare a nourishing, heartwarming soup with thoughtfully combined ingredients, having a green thumb, possessing a serene presence, and being a good listener are all qualities that are worth sharing with others.

We are social beings, always desiring a connection. Even someone who is an introvert needs to have people in their lives whom they can trust, feel supported by, and spend time with occasionally. The type of connection we form with our mothers in infancy and the level of trust we develop, lays the foundations for our future relationship dynamics as well as our capacity for success in other arenas in life. A gift economy cycle requires us to get to know those with whom we are in relationships more thoroughly in order to better understand their needs and to offer the most suitable gift. Whereas in a market economy and with commercial holidays, this is not as important because the main purpose of giving during special occasions is conveying a message to inform the receiver that they are loved, remembered, or that they are important to us. And so, in contrast to a market economy, we may be able to form stronger bonds with the people in our lives and get to know them better through a gift economy.

Even prior to the pandemic, there existed a serious disconnection between people in the current age that we are living in. You may be familiar with the saying, “the opposite of connection is addiction.” In an age where addictions are widespread, often there is a lack of connection at the root of these addictions. Some of the reasons that lead to feelings of disconnect inlude; an unloving materialistic or abusive upbringing, physical/emotional traumas, and an unstructured lifestyle. The lack of a healthy connection and the inability to form one may lead to attempts at filling that void through different addictive substances or behaviours (e.g. drinking, substance abuse, pornography, gambling, eating disorders, obsessive/manipulative relationships). The inability to form meaningful connections makes it increasingly harder to let go of these addictions. It is ironic that people struggling with substance abuse, who are in dire need of a connection, are then cut off and outcasted by society and by law even further. In the 1970s, an American psychologist named Dr. Bruce Alexander experimented on rats to form a better understanding of addiction. Prior to Dr. Alexander’s experiments, rats that were caged alone were found to repeatedly prefer water with cocaine or heroine over pure water until they reached overdose and eventually died. However, in Dr. Alexander’s experiments, rats were placed in ‘’rat parks’’ where they could socialize with other rats and move around freely. Just like in the older experiments, these rats were also offered two choices of water. More often than not, the rats that were able to intermingle and move around freely in this new experiment chose to drink from the clean water, and even if they tasted the water with cocaine/heroine from time to time, they never formed addictive behaviour. In conclusion, a strong social community overcame the ‘’power’’ of drugs.

I came to realize that there already were many instances of a gift economy paradigm in my social circles prior to being introduced to it as a concept. A few months ago, we had to leave Istanbul immediately due to unforeseen circumstances and we offered a friend who happened to be planning a visit to Istanbul around the same time to stay in our home free of charge until our return. This was helpful for us in that we had someone to watch over our home in our absence, and it was also helpful for our friend in terms of having a place to stay and lowered his expenses. There are many simple examples of a gift economy in our daily lives. Every year, many of our friends get a share of the citrus fruits from our garden in Lefke. Ali Amca who has been helpful to our family for many years leaves bunches of mallow at our doorstep during mallow season as well as chard from his garden. Suzin Abla cheers up our kitchen while she teaches me how to make hellim with milk she’s brought from her own farm on one side and makes börek with my daughter on the other. During each visit, Cem Bey brings along his homemade hot sauce, prepared with peppers he has grown himself. Havva Nene sends us a pot of vegetable soup with dill every time she makes some. Tağmaç Abi keeps his artisanal sourdough bread handy when he’s out and about so that he may gift it to whoever is fortunate. My mother’s close circle of friends await her rose and orange blossom water extractions with anticipation.

In our current society, a gift economy cannot replace a market economy. However, a gift economy may fill some of the shortcomings of the market economy and may lessen the burdens experienced by our society, especially following the pandemic. Just as muscles that are exercised frequently are strengthened, behaviours and traits that are ‘’exercised’’ frequently gain a foothold in our daily lives. Our capacity to give functions and increases in the same manner, and it becomes a natural part of our personality. In challenging times, we may expend our energy on trying to prove who is responsible for the issues at hand and arguing with others on social media. Or we can use that same energy to discover our shareworthy talents and blessings (gifts), to connect with people in our day to day lives and in this way, as our value in society becomes more apparent, to also connect with our sense of self. 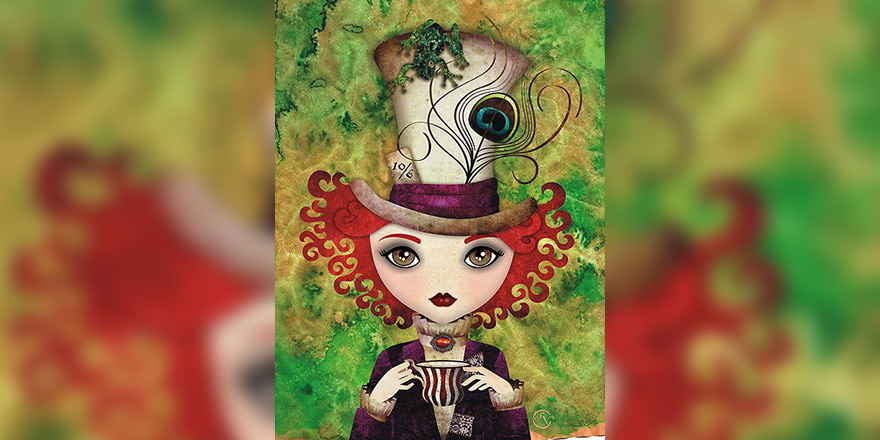 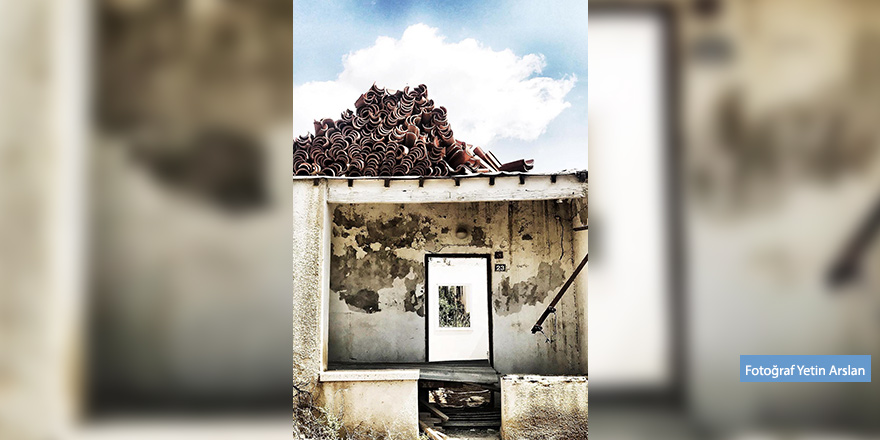 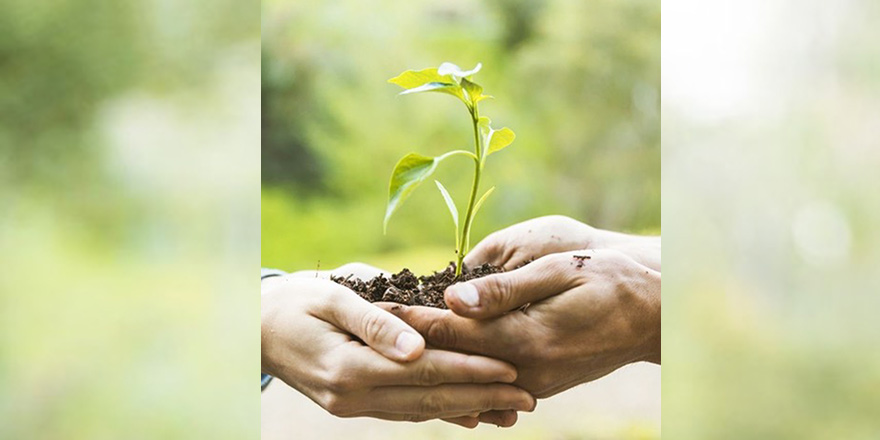